LATEST FROM THE SALES BLOG 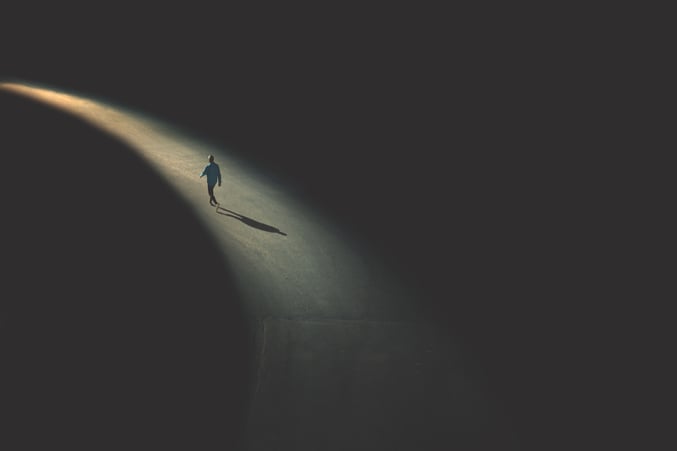 Every sales manager wants to produce the best results for their team, but fear—and the negative habits fear creates—often holds them back. To lead effectively, you have to fear real dangers, not just uncomfortable but mostly harmless possibilities. Fearing the right things compels you to the right actions, but when you fear a lesser danger, you often avoid addressing it at all. That habit of inaction makes it harder and harder to improve your team’s performance and their results.

No Prospecting. Say you have a salesperson who is not prospecting. You worry about addressing their lack of effort in creating new opportunities because when they do sit down with a prospective client they're brilliant, winning deals with no trouble. It may be awkward and even uncomfortable to tell them to work harder. But the real danger is allowing that salesperson to produce results far below their ability—or even to fail outright.

Senior Salesperson Not Prospecting. Fearful managers often let their top salespeople slide when it comes to prospecting, instead letting them live on the accounts they’ve already acquired. In fact, those managers are often terrified that asking a senior salesperson to prospect will cause them to quit. Yet when that same salesperson loses a client and falls short of their quota, their manager will get equally upset about the loss of income.

It's unfair to believe that asking the salesperson to act in the company’s interest—which in this case is also in their own interest and their clients’ interest—is so offensive that they would quit on the spot. If that were the true nature of the relationship, the salesperson should be consumed with the fear of being fired. Good sales organizations don't operate that way. The real fear that should motivate action is the salesperson losing a client, the company losing revenue, and the salesperson losing their income—without anything to replace it. Building a pipeline is hard work, but it’s a responsibility that belongs to every salesperson on your team.

Bad Attitude. If I had to hire a salesperson based on only three characteristics, I would start with self-discipline, as it is the very heart of effectiveness. Once I were sure that the person could will themselves to work, I would look at why, seeking the hunger that shows an intrinsic motivation to succeed. Finally, I would test their attitude and their outlook on life. A salesperson with a bad or negative attitude will not only harm their own results, but they'll also infect others with their negative beliefs and negative behaviors. Addressing an employee’s attitude problem, even if it hasn’t (yet) hurt your team’s results, should be a priority. The real threat is to your sales force’s overall attitude and the health of your company culture, both of which are far more important than any single salesperson.

Weak Approach. It’s difficult these days to join a salesperson on a sales call, especially when they live in their territory and away from a positive community of other salespeople. Many sales managers resort to asking these salespeople how they sell, only to get an evasive answer about their "style" of selling. But having a style doesn't provide enough information about whether or not the salesperson creates value and an excellent prospective client experience. Even when a sales manager recognizes a value deficit in a salesperson’s approach, it's difficult to change certain sales behaviors, especially after years or decades in the same pattern.

The amount of time and energy to change sales behaviors can be enormous, making them a daunting topic in a performance review. Sales managers often hesitate to correct a legacy approach to sales, even though it’s outdated and ineffective in the current environment. The real fear—one that should drive a decision to engage and train the salesperson—is the loss of opportunities when a salesperson's approach doesn't do anything for their contacts.

Don’t Waive Your Problems Away

Your habits can help you or harm you. If you keep avoiding the conflict required to deal with issues, that habit will drive your results—generally all the way down to zero. Leaving problems unresolved is the fastest way to alienate your employees and put up poor results. Instead, make a habit of dealing with issues when you recognize them, allowing you to improve your results and develop the people in your charge.

The legal system has a concept called a "waiver." The idea is that you cannot accept something that isn't right (e.g., an incorrect order) for weeks, months, quarters, or years, and then decide to sue the person or company that didn't deliver what they promised. You should have rejected the first shipment when you realized it wasn't right.

When you avoid dealing with these challenges, you are providing a waiver to poorly performing salespeople, even if you are now upset by their behaviors and results. Instead, your responsibility as a leader is to embrace the conflict and discomfort necessary to growth—both theirs and your own.

A modern approach to b2b sales

Consistency: A Blueprint for Success or Failure

The 4 Failure Points Within the Sales Conversation

Your First and Most Important Investment

How the Executive Briefing Changes Your Client Relationships