4 Ways To Be More Determined in Sales

Nothing in this world can take the place of persistence. Talent will not; nothing is more common than unsuccessful people with talent. Genius will not; unrewarded genius is almost a proverb. Education will not; the world is full of educated derelicts. Persistence and determination alone are omnipotent. The slogan “press on” has solved and always will solve the problems of the human race. 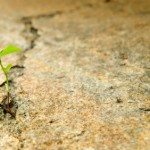 In sales, as in life, there are always setbacks. Being determined means persevering through these setbacks. We often attach too much meaning to the inevitable setbacks, mistaking them for something more than what they are.

One way to be more determined is to stop attaching too much meaning to setbacks, roadblocks, and obstacles. For salespeople, you are going to have prospects tell you “no.” Worse still, you are going to lose deals—deals that you really want and probably deserve—to lesser competitors. Yes, you want to learn from these events, but it doesn’t mean that you ever discontinue your pursuit of your dream clients, especially those clients you can truly help.

Don’t believe that setbacks or obstacles mean that you have failed forever. Take the time to reflect on what your temporary failure has taught you to find a healthier meaning. Then dust yourself and go after it!

The clock rules all sporting events. When the buzzer sounds, the game is over. We all have external deadlines and demands that placed upon us by our companies, our clients, and other forces. But most of the time, there is no clock. There is no buzzer to sound the end of the game.

Changing the clock means moving the goal from now to someday.

Even though we have to find a way to achieve our goals within certain periods, much of the time we can change the game clock. If you lose a deal to a competitor, that doesn’t mean that you will never have the client. In fact, once the clock starts ticking on their contract, they become the incumbent, and the client will soon discover any shortcomings. Sometimes the ability to persevere and continue call through the competitor’s honeymoon phase opens up an opportunity to do business when the shine has worn off, and when the client realizes they still have unmet needs.

Regardless, winning the client later means exercising your determination and continuing to have a presence even when you don’t have an opportunity to win business . . . this is determination.

What opportunities could you change the clock from now to someday?

What actions can you take that would make achieving that outcome someday a reality? (Determination means continuing to take action . . . it is not waiting).

–Advertisement by Sir Ernest Shackleton for his Antarctic Expedition.

One way to define success is to look at the outcomes. But for real substantial and transformational goals and outcomes, success may be redefined as your ability to persevere over long periods of time.

One of my favorite examples of sheer determination is the story of Ernest Shackleton, the explorer who attempted to cross Antarctica on foot. His ship, aptly named Endurance, was trapped in the packed ice around the Continent before he and his team ever arrived at Antarctica. It was eventually lost to the ice.

Shackleton and his men lived for 497 days on the frozen sea, surviving the most inhospitable environment on Earth before finally being rescued. The rescue only coming after Shackleton and five of his men spent fifteen days in open boats on stormy seas.

Shackleton changed the meaning of his expedition from crossing the Antarctic to bringing back all of his men alive, something he succeeded in doing and something that was even more unlikely than actually crossing the Continent.

That should be enough to prove Shackleton’s determination, but in case it isn’t, know that Shackleton returned to Antarctica, this time to circumnavigate the Continent. He died of a heart attack on the ship while docked at the South Georgia Islands. How’s that for never giving up?

What meaning are you attaching to continuing? Are you giving the ability to continue to try enough meaning?

Can you change the meaning from “achieving this outcome now” to “being determined to try until I achieve this outcome?”

The reason resourcefulness comes before determination on my list of attributes is because determination is sometimes made up of the ability to keep trying things until something works.

In order to do so, you have to actually keep trying.

Choose an outcome that you are trying to achieve. Make a list of actions you can take that might move you closer to that outcome. Don’t worry about how big and transformational the action is, or how small and insignificant it might seem. There is momentum in continuing to act over a long period of time.

Take your list and schedule the actions on your calendar. Keep trying things until something works, pausing to take an inventory of what you learn, and scheduling time to exercise your resourcefulness so that you can keep coming up with things to try.

Determination is an essential attribute of great salespeople, allowing them to succeed where others fail. Determination allows the professional salesperson to persist in their efforts to acquire new clients and to succeed in delivering the outcomes they have promised. Take these actions to develop your ability to persevere.