How to Stop Asking What’s Keeping You Up at Night

One of the ways salespeople were taught to uncover a compelling reason for their dream client to change or the source of their dissatisfaction, was by asking the single question, “‘What’s keeping you up at night?” I am not certain where this question originated or who provided this as a choice for salespeople, but ‘it’s been around for as long as anyone can remember, and lately has fallen out of favor. Instead, you are supposed to know what should be keeping your dream client awake at night, a better strategy if you want to be a consultative salesperson.

However, if you are meeting with an executive level stakeholder in one of your dream clients, there is no doubt that something is keeping them up at night, even if you might ask a better question than “‘What’s keeping you up at night.”

The Sources of Insomnia

If you meet with and sell to executive level stakeholders, you can make some assumptions about what might have their attention and what might be of concern.

There is another category of concerns, one with more power to compel change.

The areas where systemic problems and challenges don’t often get the attention they deserve, making these areas especially effective in helping to compel change. It is difficult for someone in an executive leadership role to ignore the systemic challenges—or potential solutions. Nor is it easy for leaders to ignore the problems of growth, strategy, people, or the unknown.

Some questions are better than others. What is problematic about asking “‘What’s keeping you up at night,” is that it doesn’t indicate you have any idea about what should be keeping them up at night and that you lack a theory as to what your dream client might be doing better.

In Eat Their Lunch: Winning Customers Away from Your Competition, I outlined a process for capturing mindshare, developing an executive briefing that outlines the systemic challenges that provide context for a conversation about why your dream client should change now. In that chapter, I shared ideas about how you can develop views and values that allow you to address the challenges your dream client’s struggle with, opening up the conversation and creating an opportunity to help them improve (the core of what we do as salespeople). 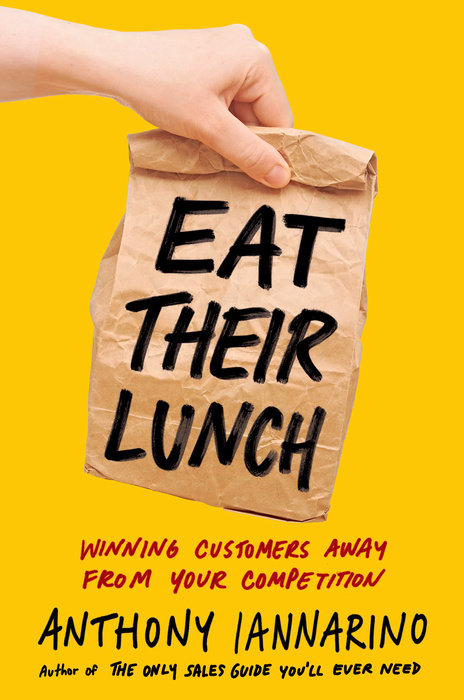 Sticking with the diabetes example above, instead of asking “What’s keeping you up at night?” you might ask: “What initiatives are you currently pursuing to increase compliance with the doctor’s prescription and plans for their patients, and how much improvement have you seen over the last 12 months?”

There is a lot in that question, so let’s unpack it. First, it presumes that there is a compliance issue, which may or may not be accurate, but because it is a systemic challenge based on human behaviors, it’s a pretty safe bet. Second, it presupposes the person you are asking has initiatives around the improvement in an outcome. While it could be true that they have other, more critical initiatives, the systemic challenges tend to be worth a conversation, if there are ideas that would help improve results. Finally, the statement about improvement over 12 months is a request for an objective measure of success in an area where improvement is difficult at best.

I am not sure asking, “‘What’s keeping you up at night?” accomplishes as much as another question might. It tends to miss one of the primary goals of discovery now: Helping the client discover something about themselves (or for themselves).