For a couple of years, I practiced Aikido, a very nuanced martial art, and one based on the premise that anyone who would attack you was already seriously troubled and deserved your compassion. O’Sensei made some connection with the Universe and created a way to protect yourself while also protecting the person trying to harm you. O’Sensei based a lot of the forms on jiu-jitsu, another form of self-protection that stops short of seriously hurting the person trying to do you harm.

If you have never seen Aikido practiced, it is a spectacularly beautiful, with big sweeping motions, made even more alluring by the traditional Japanese hakama. There are only 39 forms in the art, and they are challenging, mostly because they are counterintuitive. Sometimes you step into your attacker, and other times, you turn backward away from them, when your instinct would have you do something different.

My Sensei was an excellent practitioner and teacher. However, he isn’t the one who mainly taught me the Aikido I learned in the dojo. It was the black belts I chose to work with that taught me everything I learned. The Sensei was always on the lookout for novelties, and when something caught his eye, he would stop us from continuing on some form so we could explore something he found to be useful. In the course of 90 minutes, we would practice a lot of different forms and explore many novelties.

A lot of advanced practitioners enjoyed the novelties, but my interest was burning in the forms. To Hell with the novelties, I thought. To ensure I had the time to work on forms, I would get to the dojo a half hour early to practice the forms with a black belt or a third-degree black belt (san dan). I would stay a half hour late to drill the forms after most students had left, always working with people of the highest rank, who not only had a different feel but who were also happy to do the same form over and over.

The high ranking students were impressed with the fact that I was willing to do the same form for a half hour straight, never suggesting that I be shown a new form, and never looking for any novelty. All I wanted was a chance to drill the same pattern, to master it. You can understand the forms without your body being able to perform them. I wanted to be able to do them without having to think about it, something that would slow your response should you ever have needed to defend yourself.

One day, I was going through the six forms that would be required for the test to gain the first rank when the Sensei walked by. He watched me practice with a third-degree black belt go through all the forms, and then he said, “You are taking your test on Saturday.” When he walked away, my training partner said, “You just passed your test.” The Sensei had seen enough.

The Power of Perfect Practice

When new students joined the dojo, many of them believed me to have a much higher rank than I had attained. Because I practiced with people far more skilled, and because I tried my best to model their example, I felt different to them than other students. I was mimicking people with far greater experience and skill, one of the best and fastest ways to gain competency.

In human endeavors where skills differentiate the performance of one person from another, a professional from an amateur or a student from a master, the difference is found in the practice, the rehearsal, and the drills. It is not, however, just the time spent practicing, but also how you practice and the intensity of your focus.

Focus on the Fundamentals 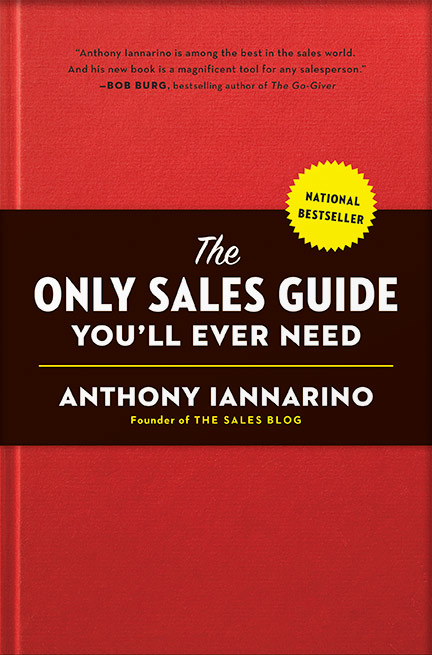 My Business Is Different

Posted by Anthony Iannarino, Jun 04, 2012
We humans sometimes try to rationalize away the fundamentals of good sales practices with specious arguments like “You don’t ...

How to Massively Shorten Your Sales Cycle

Posted by Anthony Iannarino, Mar 03, 2015
If you want to massively shorten your sales cycle, it’s relatively easy to do.

Great Sales Results Come From Adhering to the Fundamentals

Posted by Anthony Iannarino, Sep 27, 2016
There is a reason that the fundamentals are fundamental. The important things that build the core results weren’t determined ...