The Most Important Lesson On Sales That I Ever Learned

I Want to Rock!

I never wanted to work in sales. In fact, to say I hated salespeople wouldn’t have gone far enough to describe my loathing. I moved to Los Angeles to front a rock band. But, events conspired to send me in another direction. 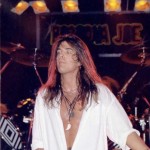 My day job was as a service representative in large, international staffing firm. I interviewed and placed employees in my client’s businesses. Having been trained in the family business, I had grown up under the belief that I was supposed to use my down time to call and see if anyone else could use our services. But that wasn’t sales; that was just trying to help people who needed something.

As fate would have it, the manager who hired me left to return to New York to take care of a family problem. Enter the new branch manager. He was seven or eight years older than I was, and still a young guy. For the first month or so he just hung around and didn’t say or do much of anything.

The new manager called me into his office to ask some questions. He said: “The three sales reps that work here, what do they do?” I was young and naïve, but I wasn’t stupid. I tried evasion, replying: “Uh, well, they spend their time in the field working on new business.” I am pretty sure he was aware of that, but I had nothing better. I never saw them, and in the year I worked there, they had never brought in a single new client.

The new manager smiled, making me even more uncomfortable and ensuring me that he could see right through me. He followed up: “Why haven’t they brought in any accounts, and why have you brought in all of the new accounts in this branch?” This clearly wasn’t going well for the three sales reps, but I wasn’t there to make waves. I answered honestly: “I don’t know.”

Over the next two months all three of the sales reps were fired. I was called back into the manager’s office. He said: “I want you to cut your hair. You don’t have to cut it all off, but you have to cut it. I want you to consider going into outside sales full-time.” I almost fell off my chair. I had to defend myself; I had to protest. I replied: “Sales? I hate sales! I don’t like salespeople, and I would never, ever want to be one. They are deceitful, manipulative, and they lie.”

He let me continue: “Look, I take care of my customers. I love them, and they love me. I help them with their problems, and we work really well together. I am getting great results for them and for us.” Without skipping a beat, the manager looked up and said: “What do you think salespeople do? You are already doing what great salespeople do.”

He made a good point. But I wasn’t buying it.

Then he got a little tougher. He said: “You work for me, and you have to do the job I need you to do. You have the weekend to decide. If you are not going to go into sales, then I am going to let you go.” I protested: “That isn’t fair! My performance is great. You just gave me my review and my raise.” He said nothing. I got the idea he was serious.

Sales? Please. Cutting my hair? It was out of the question; I came to Los Angeles to front a rock band!

That Friday night at a little club called Mom’s in Brentwood, someone turned me around and kissed me on my lips. It was a man. I was shocked. He was more shocked. He apologized profusely. He had not believed when he kissed me that I was a woman. He had believed I was his friend Anthony Kiedis from the Red Hot Chilli Peppers.

On the way home I realized that I had the same hair as everyone fronting a rock band in Los Angeles, and that I could cut it to shoulder length and do a better job of standing out. More still, I could humor my boss and take his crummy sales job.

Within two months, under the guidance of my manager, I would win the largest client in the Western territory.

Sales Isn’t About Manipulation. It’s About Caring: While I was acquiring the clients I brought into the branch, I had never done anything to manipulate anyone. I asked to meet them. I listened to the problems they were experiencing. I talked over how they thought their problems might best be solved and then helped them to do so.

Succeeding in sales isn’t built on tips, tactics, tricks or secrets. It isn’t about persuasion techniques or influencing others. It isn’t about manipulation. It is about creating real value for others and caring enough to ensure they get the outcome they need. The reason I was successful obtaining the clients I had before I worked in sales was that I cared enough to help them get the outcome they needed.

It sometimes easy to get caught up in all the things we do to sell. Take a step back and remember that it isn’t about us. Zig Ziglar’s quote is as true now as ever: “You can have everything you want, if you will just help enough other people get what they want.”

Selling isn’t about manipulation. It isn’t about tips, tricks, secrets or gimmicks. Success in sales is built on caring enough to help other people achieve the outcomes that they need to succeed.

For more on increasing your sales effectiveness, subscribe to the RSS Feed for The Sales Blog and my Email Newsletter. Follow me on Twitter, connect to me on LinkedIn, or friend me on Facebook. If I can help you or your sales organization, check out my coaching and consulting firm, B2B Sales Coach & Consultancy, email me, or call me at (614) 212-4279.

Read my interview with Tom Peters (Part One and Part Two).