5 Ways to Be Optimistic in Sales (Or Anything Else)

I have written before about self-discipline and optimism, because I believe they are so critical to success in sales–and everything else. But I have always hated reading books and articles where the author insists that you possess some attribute and act accordingly without telling you exactly how to do so. This post, and yesterday’s post on 7 Ways To Be More Disciplined, are my attempt to put some action around how to go about developing these foundational attributes. 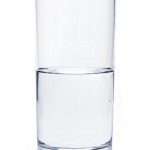 Inside each of us lives a Critic.

Sometimes he even sounds like he is doing you a favor by acting as your guide against future mistakes.

This Critic is a liar. He is biased. He offers no accurate critique, because his shtick is to spend all of his time pointing out the negative while completely ignoring the positive.

This Critic plays no part in a real self-critique, because he is far too biased, far too opinionated, and gives far to much meaning to the negative. Much of what he points out is actually meaningless.

Optimism begins with the conscious choice to think about what it is we think about. We have to choose whether or not to focus on our limitations, our shortcomings, and our many mistakes. Or, do we instead choose to focus on our gifts, our personal power, our knowledge, our expertise, and all that we have already accomplished?

Pessimists tend to believe that the world is static. It is what it is, never modified, and never changing. They believe that problems are permanent, and that there is no way that they can be overcome. Instead of trying to overcome the problem, they prefer instead to remind everyone around them that the problem is permanent. They say things like, “I am a realist.”

Believing that problems are permanent cut you off from the possibilities that lead to overcoming obstacles. The history of mankind is the long story of overcoming insurmountable obstacles. It is the stuff of stories in great books, television biographies, and movies.

To be an optimist requires that you recognize that no problem is permanent. Some problems may take more time, more effort, and more resources, but none are permanent.

3. Don’t Attach Meaning or Significance to the Negative

Pessimists tend to listen to The Critic. They tend to give meaning to things and events that are out of all proportion to their real significance. They generalize and say things like, “Bad things always happen to me.” In reality, “things” always happen, but you decide what it means.

One way to increase your ability to be optimistic is to stop attaching a negative meaning to things and events, Instead of listening to The Critic, write down the event, and make a list of the potential positive outcomes. What have you learned? What good might come of this in the future?

There may not be a silver lining, but the fact that it is cloudy doesn’t mean that life is a thunderstorm either. Sometimes it is just cloudy and nothing more.

To be more optimistic, focus on what you have to be grateful for. Being grateful means more than keeping a journal or a list; it means appreciating the gifts you have by putting them to use.

You honor your gifts by taking action.

The world is full pessimists. Why? Because everybody is walking around with their Critic talking to them all of the time. These Critics need company; they like to reinforce each other by commiserating.

You have to avoid negative people when possible and tune them out when you can’t avoid them. You have to avoid believing when they attach negative meanings to events and things. They are directing their message at your Inner Critic, and they arming him to keep up the assault.

Being optimistic is mostly made up of not being pessimistic.

Optimism is a necessary and foundational attribute of people who succeed in any endeavor.

For more on increasing your sales effectiveness, subscribe to the RSS Feed for The Sales Blog and my Email Newsletter. Follow me on Twitter, connect to me on LinkedIn, or friend me on Facebook. If I can help you or your sales organization, check out my coaching and consulting firm, B2B Sales Coach & Consultancy, email me, or call me at (614) 212-4279.