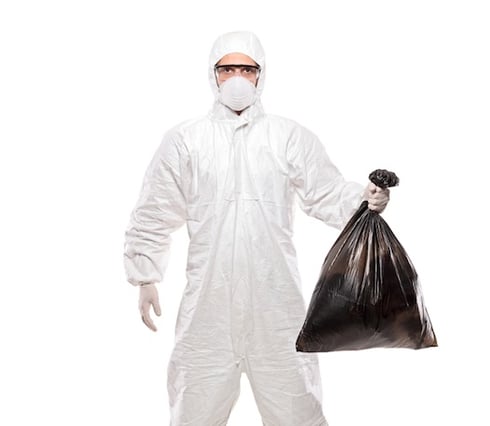 The only cancer that is spreads by contact is negativity. Negativity is a communicable disease. Fortunately, you can immunize yourself and your organization. Here are three ways you can protect yourself against the greatest killer of success, of productivity, and of happiness at work, whether you are in sales or not.

Every company has cynics, critics, slackers, and burnouts.

The cynics can’t feel passion for anything and can’t wait to tell you that what your company stands for is bullshit, even though there is nothing that they are willing to stand for.

The critics can’t wait to tell you what your company is doing wrong and how much better it would be if the company did what they believe should be done, despite never taking responsibility, never lifting a finger, and never selling the initiatives they believe would make a difference.

The slackers believe they are overworked, underpaid, and they try to skate by doing as little as possible, never making a meaningful contribution.

The burnouts are tired. Whatever passion burned inside them is now long extinguished and they are simply doing their time.

The cynics, critics, slackers, and burnouts want nothing more then for you to join them. They need you to validate them. If you believe the cynic, he is validated and he can use you to show others that everyone believes as he does. The critic sells the line that things would be easier and better if only the company would listen to him and change things. The slackers need you to prove that the work isn’t important and should be avoided. And the burnouts need you to keep them company while they wait out the clock.

Find ways to minimize your exposure to these groups. Work around them if you have to. If you can’t avoid them, move on to step two.

Two: Call Them On It

The cynic, critics, slackers and burnouts can’t wait to share their beliefs with you. If you adopt their beliefs, you will be infected with the same poison that runs through their weak, rationalizing minds. Your beliefs will be crowded out.

This is a little tougher to do, but it is sometimes necessary if you are to be inoculated. As soon as the poison starts to leave their tainted mind and pass through their lips, call them on it.

Stop them dead in their tracks and tell them that you think they are full of it. Share your passion with the cynic, and share your love for your company and how special you feel to be a part of it. Before the critic can go full negative on you, tell him he sounds like a guy who has a lot of great ideas and that he should get off the sidelines and start doing the heavy-lifting of starting the change initiative he believe is necessary, or he should go and start the company that he dreams of. Tell the slacker that only children avoid their responsibilities and that you have a killer project to get back to. It doesn’t matter what you tell the burnouts; they are the only ones who can reignite the fire that once burned inside them. Pass by quickly and they’ll never notice you were there.

Three: Cut Them Out

If you have the authority to do so, cut the cancer out. You can’t make them believe and you can’t make them happy and productive. These are choices that they themselves have made, and they will be cynical, critical, slacker, burnouts in the next job and the job after that. Unless and until they decide to change, you can’t change them.

More importantly, you cannot allow them to spread their disease through your organization. They need to be treated with the same merciless cruelty you would treat a medical cancer. They pose the same threat to the health of your organization as cancer does to your body, and you cannot afford to allow it to grow.

Save yourself. Save your company. Protect your culture and remove the negativity.

Do you know who the cynics, critics, slackers, and burnouts are in your company? How do you avoid being infected by the diseases that they carry and the negative beliefs that, should they infect you, destroy your ability to succeed?

How can you avoid them enough not to come in too close of contact?

What will you say to silence the cynic? Are you brave enough to let your passion radiate enough to destroy the cynicism before it reaches you? Can you silence the critic, challenging him to act on his professed beliefs and complaints, false though they may be? Can you avoid getting mired down at the water cooler by the slackers and burnouts?

If you would lead, will you do what is necessary to protect the culture you have created? Will you allow false beliefs to penetrate and destroy the healthy beliefs that great performers, great teams, and great companies are built on? Can you cut it out?

For more on increasing your sales effectiveness, subscribe to the RSS Feed for The Sales Blog and my Email Newsletter. Follow me on Twitter, connect to me on LinkedIn, or friend me on Facebook. If I can help you or your sales organization, check out my coaching and consulting firm, B2B Sales Coach & Consultancy, email me, or call me at (614) 212-4729.

Read my interview with Tom Peters (Part One and Part Two).