The salesperson was very pleasant and completely professional, introducing herself and telling me exactly why she had called me. What she wanted to speak to me about, she explained, was the opportunity to acquire a contract with the federal government. It was not the first time I’d been exposed to this pitch. The business helps companies register to compete for government contracts.

When I asked the salesperson whether there was a contract my company would qualify for, she told me that the specialist with whom she would schedule me would pull up a website to show me what contracts were available in my area. Being certain there were no contracts, I politely thanked her for her call and hung up the phone.

You used to hear people say “close enough for government work” to describe mediocre results. That criticism may not be entirely fair, but that standard is still widespread in commercial settings. The approach on the call was entirely a waste of time—not so much for me but for the sales organization.

Learn how to make those tough decisions, hold yourself and your team accountable, and build a legacy with my FREE Leadership eBook.

Work Only a Butcher Could Love

In the neighborhood where I grew up, there was a butcher who could slice meat so thin you could see through it. He would marvel at how thinly modern sales organizations can subdivide sales roles. Why would you have a person make calls to schedule a meeting to hand off to a person who is sitting around waiting for someone to schedule a meeting for them, especially when the first person did no qualification whatsoever? Why not just have both of them make calls and handle the whole conversation?

Their idea is that it is necessary to have one person qualify a prospective client to determine if they are willing to look at a list of possible federal contracts, a large part of the qualifying necessary for a person to decide to buy their services. In an attempt to be efficient, they have created inefficiency. Worse still, once you have someone on the phone, why would you transfer them to another person? This company’s theory of the sales conversation contains unnecessary friction for their prospects. But that isn’t the end of their challenge.

The success of the team depends on the coach's ability to bring the players together, teach, and lead. Invest time in improving with this Leadership eBook.

The call was designed to connect me with a person who could show me the contracts that would be available to me and my company. One I asked whether the salesperson was sure there were contracts for my industry and in my location, she said they couldn’t know without looking on the website. It was at that point that I exited the conversation. Many of these types of problems are not the salesperson’s fault: they come down to poor design for the sales force and the sales conversation. This is why I’m increasingly sympathetic to the salespeople involved, recognizing that the person on the other end of the phone is doing what they have been told is the right thing to do to be successful.

No one asked for my help, but here are a few changes that would radically improve their approach. First, there is no reason to have two people do this work, as the first person has almost no responsibility outside of transferring the call to their coworker, should the prospect decide to see if there are contracts available to them. This is wasted time, energy, and money.

A better approach would start by identifying contracts that require help from companies from a certain industry in a certain territory. Unfortunately, such basic targeting seems to have fallen out of favor, replaced by salespeople and organizations wasting time and money and reputation by acting like everyone is a prospect (see also your LinkedIn inbox). With a list of contracts in hand, the salesperson could call companies and tell them honestly that lucrative contracts are available for them to compete for, should they be qualified to respond to the RFP. In other words, the conversation would no longer be about a theoretical opportunity but a real project, with a budget and a lot of dollars attached to it.

One effective sales strategy is making people say no to an offer, since many people fear missing out on (alleged) opportunities. There is no end of businesspeople who would love to increase their revenue by filling out a request for proposals, especially those that find selling difficult and confusing.

As I hung up the phone, I realized that the company that called me is not incentivized when their clients acquire government contracts. They get compensated for getting people to sign up for their program, so it’s within the realm of possibility that they are more interested in conversions than in helping their clients win government contracts. As cruel and jaded as that assessment is, it is right in line with the idea that everyone is a prospect and that no targeting is necessary.

Cynicism aside, here are three principles you might take away from this whole story. 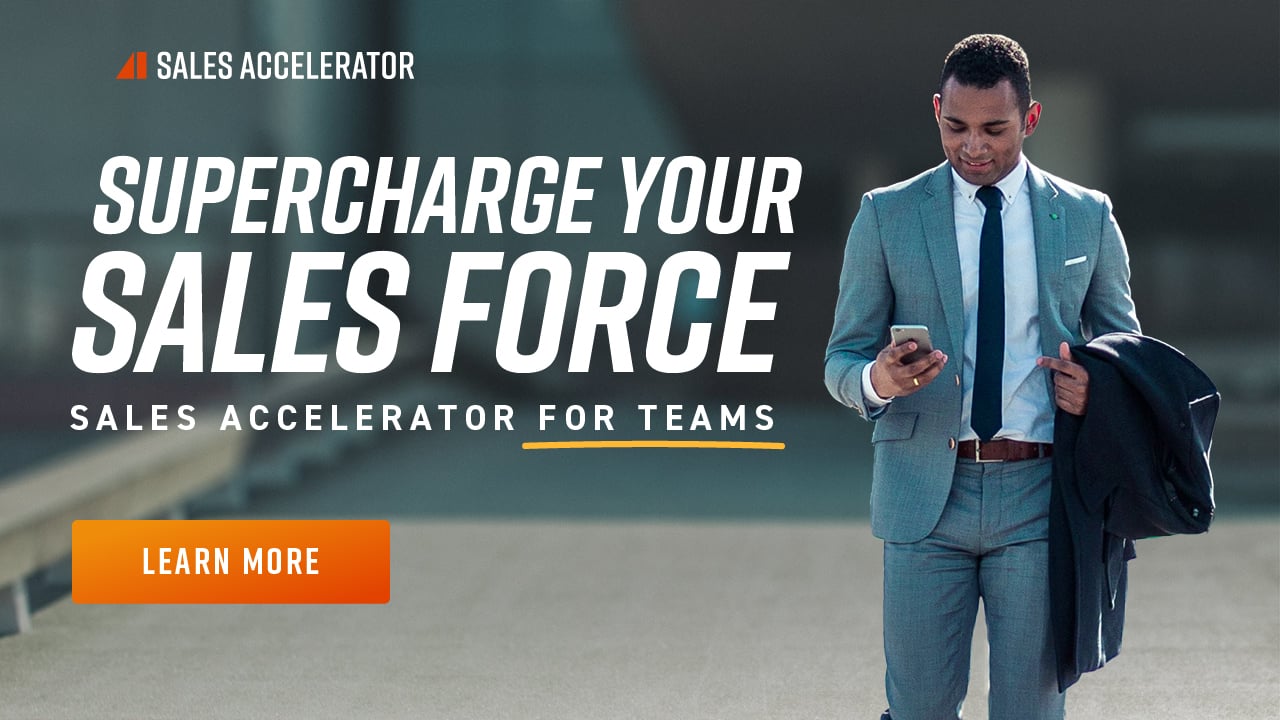