The Last Salesperson and the Limits of Artificial Intelligence

In a digital computer, one thing happens at a time. In an analog computer, everything happens all at once. Brains process three-dimensional maps continuously, instead of processing algorithms step by step. Information is pulse-frequency coded, embodied by the topology of what connected where, not digitally coded by precise sequences of logical events. “The nervous system of even a very simple animal contains computing paradigms that are orders of magnitude more effective than are those found in systems built by humans,” argued Carver Mead, a pioneer of the digital processor, urging a reinvention of analog processing in 1989. “Technology will follow nature’s lead in the evolution of true artificial intelligence and control.” —George Dyson, Analogia: The Emergence of Technology Beyond Programmable Control

Every time a machine harms a human being, we recognize one key limit of machinery: it is completely unaware of the pain it’s causing. In fact, unless something or someone causes the machine to stop, it will continue that harm, regardless of the damage. Machines do what they are programmed to do— nothing more, nothing less.

While computers rarely injure humans directly, like all machines they are programmed to efficiently execute certain functions. As a society, we have outsourced much physical labor to machines that never tire, relieving ourselves of the toil our ancestors faced. Now we are also beginning to outsource decision-making to machines, creating algorithms capable of identifying patterns and taking certain actions, all the while learning how to optimize some outcome.

The Netflix documentary The Social Dilemma explains how the algorithms used by various social platforms are designed to maximize the time you spend on their sites, to optimize their revenue.

These techniques prey on our vulnerabilities, our insecurities, our inborn need to belong, and our anxieties about how others perceive us. The algorithm is doing what it was programmed to do, but because it is a machine, it cannot be responsible for the negative outcomes. For all its efficiency, it is really a stupid thinking machine—and one with no moral grounding.

People often send me videos and articles about how artificial intelligence is going to change sales for the better, how it is going to teach salespeople to improve their approach, and how we will eventually use AI to replace salespeople altogether.

In one recent video Nicholas Thompson, Editor-in-Chief of Wired Magazine explains how fast artificial intelligence is accelerating due to the pandemic. Thompson starts his short video with the idea that salespeople normally have dinner with their clients and take them to ball games as part of the sales process, two activities now verboten due to the pandemic.

In the video, Thompson suggests that AI can now teach salespeople when they are going too fast for their clients and when to slow down. It can also tell you where you made a mistake or how likely it is that someone will buy from you. He suggests it can even tell you when you should pitch. Like all technologists, Thompson believes that AI is going to create efficiency.

There is no doubt that algorithms can identify patterns, but they are not even close to the pattern recognition skills of human beings, especially perceptive salespeople who thrive on conversation and feedback.

Let’s imagine artificial intelligence records and analyzes dozens of your sales calls and determines that you are talking too fast. It recommends that you would do better to slow down, a decision you consciously take to try to improve your effectiveness. Unless the algorithm understands that your next call is to a C-Level executive located in the heart of New York City, it will not recognize that the advice it provided will cause your prospective client to dismiss you with extreme prejudice for wasting her time.

Likewise, it won’t recognize that a contact from Birmingham, Alabama is more likely to appreciate rapport and courtesy—especially if that contact recently moved to New York. But a human salesperson will learn from their experience and generalizations—which are often useful even if they are not always accurate—to determine the best approach for each client.

Missing More Than It Perceives

AI has no idea that you have done business with a client in your past role, or that you can draw on that successful history to open a sales call with a straight pitch. Nor can it pick up verbal cues obvious to most humans, like the fact that your client is concerned about something but is unwilling to say it out loud or address it.

Algorithms miss much more than they perceive because they overlook context that the well-tuned human would notice—even if only subconsciously. Last Tuesday, for example, I watched a contact interact with their boss and could tell that the contact felt threatened, which showed me that they would have a tough time making change since failure would cost them their job.

The very next day, another client offered an aggressive challenge to my business model, indicating that they were actually ready to make a change I’d recommended months ago. The words they spoke were the opposite of message they wanted to deliver.

There are experts who suggest that 95% of all our decisions are made at the subconscious level, which means we don’t have direct access to what is driving those decisions. The idea that an algorithm can discern patterns with greater certainty and clarity than a human being is the kind of hubris all too common among humans, but so far one unavailable to the algorithm, a stupid, brute-force thinking machine.

Some in Silicon Valley dream of replacing the salesperson with a computer, eliminating the variability and, like the social platforms, guaranteeing with one-hundred percent certainty that the prospect buys. For at least the last ten years, there has been no end of prognosticators prospecting the end of salespeople.

It may not take long before a computer can pass the Turing Test, fooling humans into believing they are speaking to one of their own, but it’s going to be a very long time before we see the last salesperson.

No matter how well programmed, a computer will never be human. 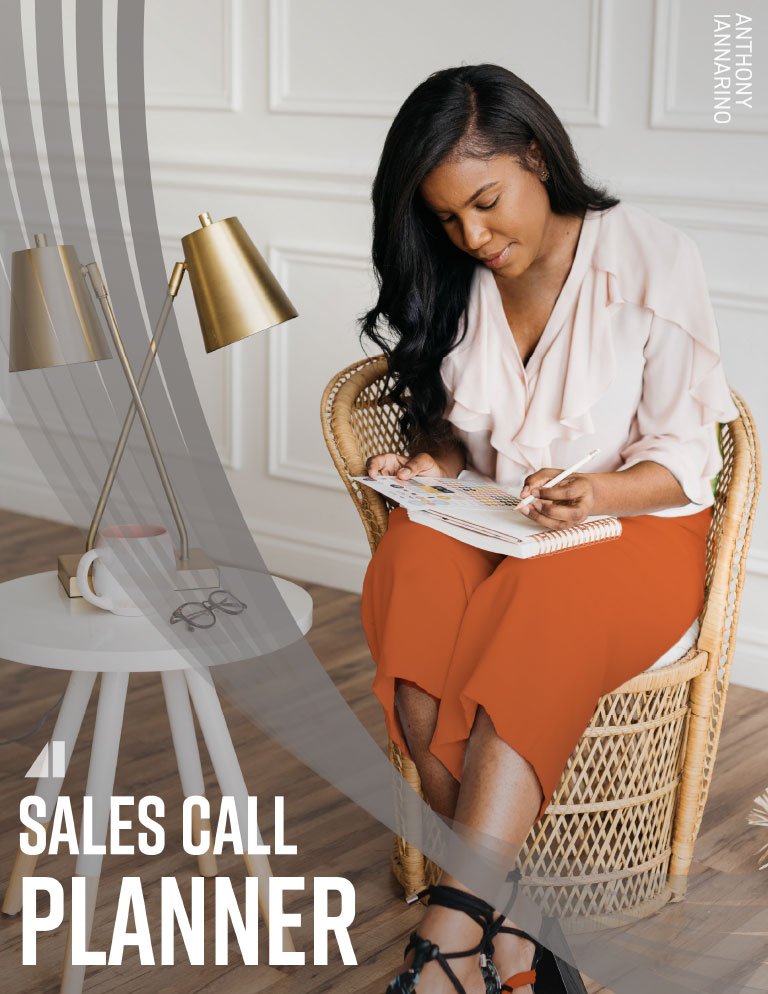