One of the critical tasks of a leader is communication. Were one to err in their communication, they would be better served by trying to communicate more frequently, with many leaders under-communicating because they believe everyone knows what is expected of them. While that belief is simply incorrect in good times, it is catastrophic in a crisis.

While the frequency of communication is critical, the communication’s content is equally significant. This is what leadership sounds like in a crisis.

Leadership sounds positive and optimistic, even during difficult times. The voice of leadership doesn’t ignore the very real threats, nor does it avoid recognizing the serious challenges ahead. That is the heart of what it means to be positive and optimistic; it is believing you will succeed in spite of obstacles. In order to communicate positivity and optimism, you have to believe you can succeed.

Leadership is to persevere and persist until you achieve your goal, regardless of the difficulty, and the certainty that you will overcome the challenges through your effort.

It’s not that leaders aren’t afraid, or that they are not permitted to be fearful when confronted by a real danger, but that they fear the greater danger, the danger of doing nothing, the danger of the negative outcome of failure.

There are voices that would disempower you. Some of them are your own—your inner critic, for example. Many more—the voices you hear all around you, especially in a crisis—are those you hear on the television and the social channels, many of which sensationalize stories for attention and profit while sowing fear and doubt as well as disempowering people. Those external voices can become internal voices if you let them.

The voice of leadership is empowering and never disempowering. Leaders communicate the idea that you can act—that you can and will succeed by doing so. It’s an antidote to the loud utterances of those who suggest that nothing is in your control—including your response to external factors—intimating that you should give up and accept your fate.

The leader’s voice has to drown out the din of external, negative, and disempowering voices, which carry ideas that would rob people of their agency, their ability to act on their goals, and their ability to achieve the outcomes they want or need. Leadership sounds like empowerment.

Leadership sets a vision of a better future state—a direction, a charge—by communicating these things continuously. The communication is action-oriented, providing what must be done, how it must be done, and when it must be completed. When people aren’t sure what to do, leadership sounds like direction. It establishes priorities, actions, and deadlines.

One of the ways to create certainty in uncertain times is to provide an action plan, choosing to act on what is in your control: your response to the external things that are beyond your—or in some cases, anyone’s—control. When you provide strong guidance on what must be done and in what order, it allows those in your charge to start, to act, and to push back against the obstacles confronting them.

Who we are is more important than what we do. People don’t find purpose and meaning in tasks unless they understand why these tasks are important and what they mean to their identity, and identity leaders provide that to people through their relentless communication. The “why” that so many people search for is answered with a definition of “who we are.”

Purpose and meaning are about duty, about obligations to others, about commitments to be something, someone, or a collective body. Your “why” is answered with “who.” The “who” provides people with a standard, a greater expectation, and a charge to keep. Leaders communicate identity, standards, and commitment.

The leader’s voice needs to speak to meaning and purpose (something that is too rare from most leaders), and a failure to do that will put them woefully behind when faced with unimaginable headwinds, making it more difficult to call on identity and meaning and purpose in a crisis.

Even if the leader hasn’t had this conversation often enough, it is necessary in a crisis, and it needs to be included in every conversation until it becomes the truth. 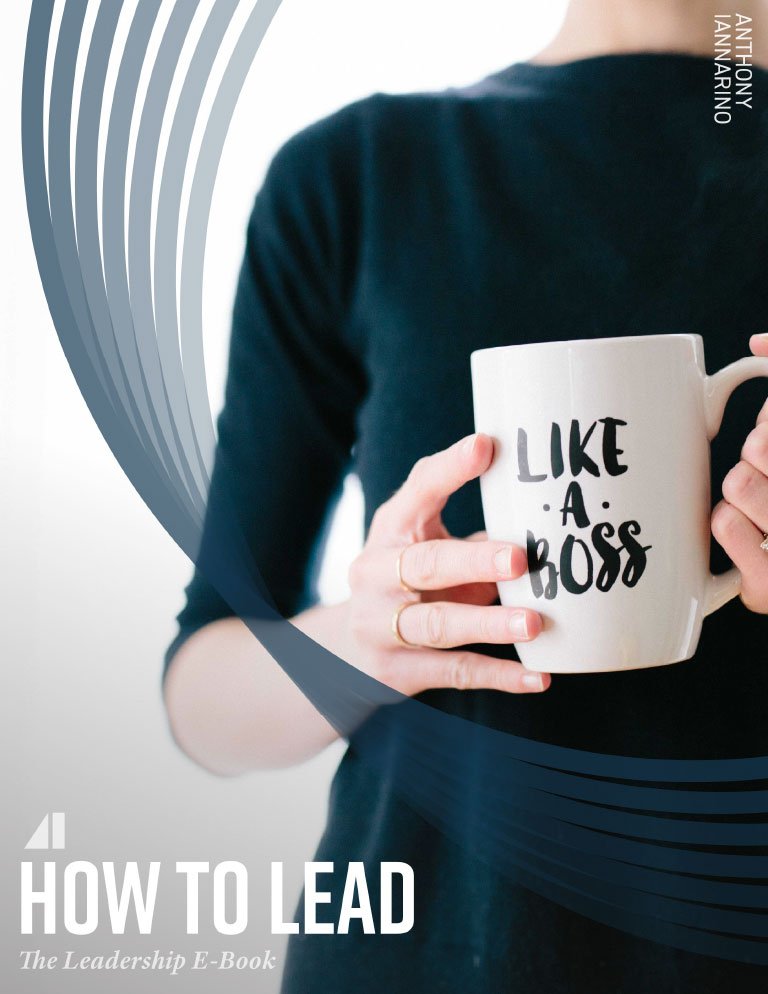 How to Lead: The Leadership eBook

As leaders, we're faced with decisions everyday—not all of which are easy to make. Learn how to make those tough decisions, hold yourself and your team accountable, and build a legacy with this free eBook.

Post by Anthony Iannarino
April 3, 2020
Anthony Iannarino is a writer, an author of four books on the modern sales approach, an international speaker, and an entrepreneur. Anthony posts here daily.