When Leaders Fail to Lead

The sales leader was stunned by the idea that she was allowed to make her sales team prospect. This was news to her, good news. She was promoted into a role when her manager left, and because he didn't hold the sales team accountable for acquiring new meetings each week, she had never experienced a culture of accountability.

Longtime readers of this blog will know that sales is made of two different outcomes. The first outcome of a salesperson is to create an opportunity. The second outcome is to capture the opportunity, winning enough of them that both the salesperson and their team reach their targets. Most everything else is commentary on selling, not selling.

Lead | lēd | verb: to cause (a person or animal) to go with one by holding them by the hand, a halter, a rope, etc. while moving forward.

The definition of "lead" starts with the idea of causing someone to go with another person. As the leader, you need a vision of where you are going to be able to lead others. That same definition also includes "holding them by the hand while moving forward."

The Failure to Lead a Salesforce

A high-performing sales team isn't something that is naturally occurring. It is the result of good sales leadership, a leader who is engaged with their team. That leader will provide strong direction on what they need their sales force to do to be successful. They also hold their teams accountable for the outcome required for the salesperson to succeed. When a leader is not engaged with their team, when they don't provide strong direction and accountability, you will find a poor performing sales force.

When Sales Leaders Fail to Lead

Too Few Opportunities: In B2B sales, most sales managers believe that asking their sales force to increase their prospecting activities is something akin to micromanaging their team. The lack of leadership and standards results in too few new opportunities. Without enough opportunities, you will miss your targets, and so will a good number of your salespeople. The problem here isn't the sales force; it's the lack of leadership.

A Poor Culture: What does seem to be natural is that "nature abhors a vacuum," an observation Aristotle made centuries ago. When a leader doesn't lead their team, another person will occupy the space left open by a leader who is not leading. This person becomes the spiritual leader of the sales force, telling them what to believe and how to behave. The negative culture in a sales team is the result of a leader not creating a set of beliefs and standards that would produce a positive culture of accountability. Instead, a salesperson with a strong personality provides the worst form of leadership, infecting the sales force with excuses for why they can't succeed. The leader must displace this leader by taking the role away from them and asserting their leadership.

Too Few Won Deals: The allure of the sales process was that it was going to ensure every salesperson was going to follow a paint-by-numbers approach that would result in winning the deals they pursued. Most pursuits are closer to playing a game of Jenga with seven toddlers. The sales conversation has evolved over the last couple of decades, and winning deals is now more difficult. When leaders are not engaged in helping their sales force win new opportunities, they will have fewer wins than they would have had were they engaged with their sales force and their deals.

Low Effectiveness: A sales force that isn't improving is getting worse. While technology promises efficiency, efficiency isn't how your team wins deals. They win deals by being effective and creating value for their clients. Sales leaders who are not requiring their sales force to continually sharpen their character traits and skills will find their sales force overmatched by their competitors. Effectiveness, like culture and strong leadership, is an asymmetric advantage in a contest.

Everything Is Your Fault: The most empowering belief you can have as a leader is that everything is your fault. Believing you are responsible also means you have the authority to make the changes necessary to improve your results.

If your team isn't creating enough new opportunities, you can lead them to create more new opportunities by giving them strong direction and holding them accountable, helping them where and when they need it. The fact that the person with the worst attitude is now holding court and has all but ruined your sales force requires the kind of conflict leaders must embrace to protect their sales force.

Letting your sales force create their own deal strategy without you as a sounding board means your team will lose deals they might have won; had you been involved with the pursuit. The belief that your team is effective enough that they need no improvement is to leave them as you found them. The best leaders require every person on their team to increase their effectiveness while in their charge.

The remedy for poor leadership is strong leadership. The definition of the word lead would have you believe you are supposed to grab the people in your charge by the hand as you move forward. At any time of your choosing, the leader has an opportunity to reset their relationship, their expectations, and their standards, starting over anew. At any time of your choosing, you can also decide to defend and protect your sales team from anyone or anything that might cause them to fail. 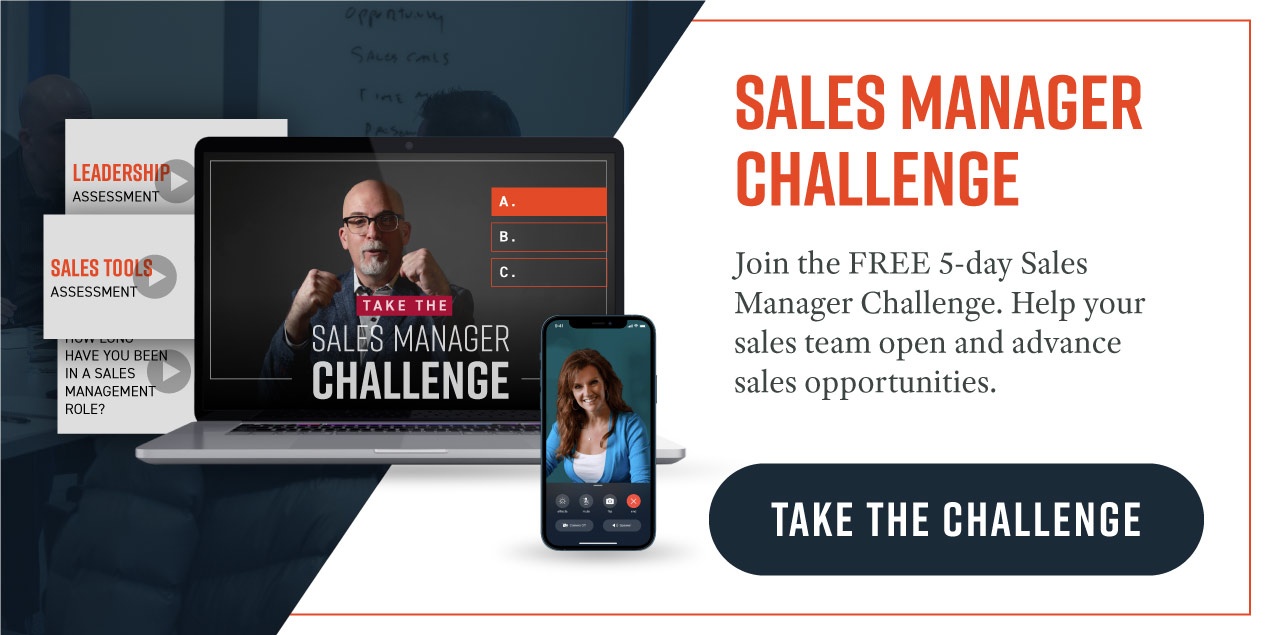