How to Change Your Mental State Now

When my three children were tiny, like all small humans, they would put themselves in a “negative” or “unproductive” state. They would work themselves up to the point that they were angry or crying. If you have children, you’ll no doubt recognize the behaviors I am describing.

One of the things that make children little tyrants is their desire to have what they want is so strong that they actively work to change their parent’s state. As an adult, you may not want to allow a small one to change your state, and I, for one, did not want to reinforce bad behavior by giving in to little despots. Rather than allowing them to change my state, I decided to change theirs.

When one of them showed up crying or whining about something, rather than trying to reason with them, coddling them, or trying to console them, with much drama, I would run away from them, without so much as a backward glance. Being in the middle of a meltdown, they would become agitated and give chase, something that takes a lot of energy when you have little stubby legs and are wearing a diaper.

Eventually, as a result of running, the tiny person would have to start breathing hard as they struggled to keep up. When they finally caught up, they would immediately put themselves back in their unresourceful state, at which point, I would once again start running. Eventually, the child giving chase would start laughing and forget that they were supposed to be upset. If they didn’t, I would torture them by tickling them until I forced a state change.

While you are no longer a child, you still possess the ability to put yourself in an unproductive state, one that doesn’t serve you, and prevents you from producing the results you want. You can work yourself up over all kinds of things, like clients, employees, the events of the day as reported by the media, social media, politics, or the aberrant behavior of other human beings.

You put yourself in a negative mental state by focusing on something and investing it with meaning beyond what it deserves. You see something you don’t like, and then you start telling yourself why it is “wrong” and how “it should be different” and what you believe it means until you have worked yourself up over the fact that the world doesn’t exactly match your vision.

If you practice this pattern, you can increase the speed at which you can return yourself to a negative state. You may not have noticed that negative people don’t realize they are negative, but they don’t. Were you to describe them as negative, they would reject your assessment and describe themselves as positive, despite the evidence to the contrary. Or they would argue that they are a “realist,” a person who wants to focus on what is negative without taking up the pessimist’s mantle.

Breaking this pattern isn’t easy. But personal leadership—or success, if you will—is mostly the result of your mental state.

The first and most challenging change that will improve your mental state is to change your focus. Finding something to be unhappy about is a click and a thumb scroll away. Grabbing your phone and looking at the news or social media is enough to get your day started in a negative state (Stop it!).

There are a lot of simple things you can do to start your day with a positive focus. In Martin Seligman’s biography, The Hope Circuit: A Psychologist’s Journey from Helplessness to Optimism, the founder of positive psychology shares a study about the power of gratitude. In this study, the participants wrote a note to a person who had a profound positive impact on their life and then read it to them out loud.

This experiment’s effect was that those who did the exercise experienced a profound change, one that was more powerful than a prescription, and one seemingly without a discernible half-life.

Maybe start your day by writing down the things you are grateful for and too often take for granted. You can also write and repeat affirmations or rewrite your goals and remind yourself of what should command your focus. All of these are better than doomscrolling.

The second way to change your state is to lessen the meaning you attach to things you don’t like, ideas with which you disagree, or the beliefs and behaviors of other human beings over which you have no control. What does it mean that other people believe things you reject or do things you wouldn’t do? At present, there are around 7.8 billion people on the planet, and it’s a safe bet that the vast majority of them don’t share your life experiences, beliefs, or values.

The perfect recipe for suffering is to believe that other people should do what you would have them do were you able to control them (something that very much resembles the toddlers you met in the first paragraph). Changing what you believe things mean takes time and effort, requiring that you refuse to invest an excessive meaning to matters over which you have no control.

Changing your mental state from negative to positive (or at least neutral) is most quickly accomplished by changing your physiology. Eating after you waited long enough to be “hangry” can immediately remove your negative mental state and replace it with a more positive one. You will have a tough time persisting in a negative demeanor if you are running or lifting heavy weights, raising your heart rate, and requiring you to breathe and drink water.

Physical exertion seems to burn off your lousy mojo. In a pinch, squats or pushups seem to do the trick.

You could identify and focus on plenty of external events if you wanted to ensure a negative and unresourceful state. Personal leadership requires that you change your focus, change the meaning you attach to things, and improve your mental state from disempowered to empowered—even if it means first changing your physical state. 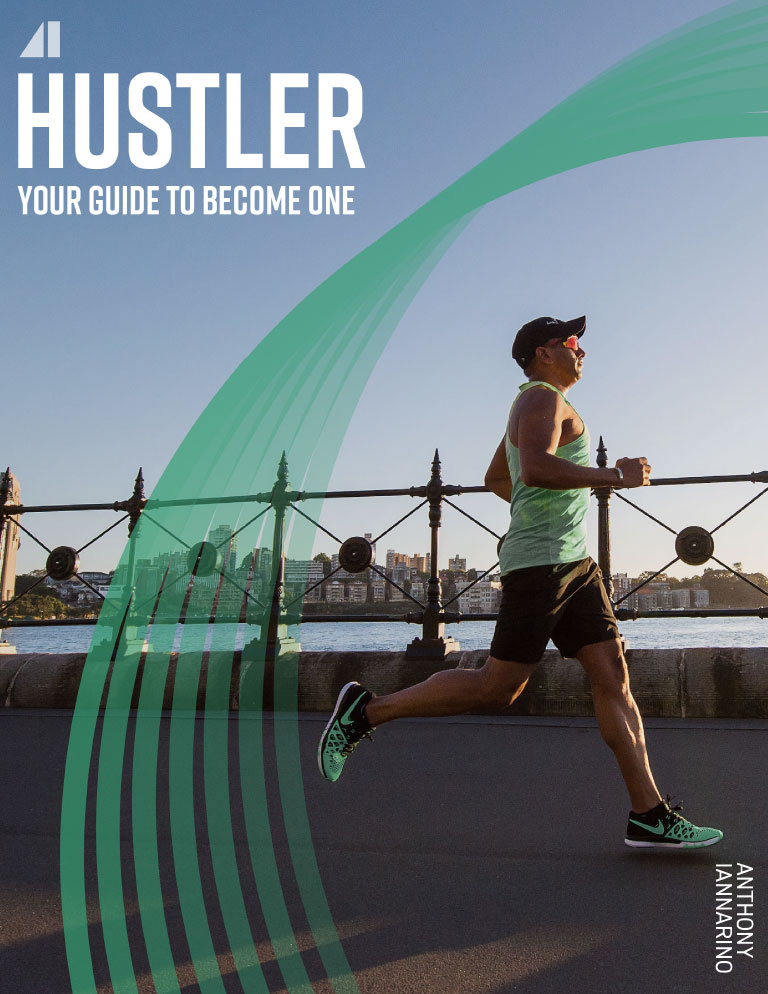