How You Sell is More Important Than Your Title

Taylorism views sales like a manufacturing line, where one person specializes in turning a wrench while the next focuses on welding a joint, each doing their part to complete whatever it is they are making. But regardless of a potential salesperson’s title, it’s really their behavior that determines whether they are an order-taker or something more.

One typical behavior of order-takers is avoiding prospecting when it is part of their job description. Avoiding any attempt to create opportunities and waiting for a client to tell you what they need is a strong indication that you are an order-taker.

To make this point clear, imagine a field salesperson who, for whatever reason, avoids prospecting, hoping a client in their territory eventually responds to their fully automated email sequence and asks them for their help. Now imagine an account manager, a role you might describe as a farmer, who brings their client the next idea that would help them produce better results, creating a new opportunity. Their titles mean nothing, but their contrasting behavior is the determining factor.

Another behavior common to order-takers is their strong embrace of RFPs, where requests come directly from the prospective client without the salesperson having to do much more than get on a list.

Imagine two salespeople who both receive a sales RFP. The first is an account executive, a senior-level field salesperson, who dutifully completes and returns the RFP, having checked every box as instructed. The second is an inside salesperson who reads the RFP but recognizes that the prospective client’s questions are outdated and certain to produce a lesser result than what they should expect. This inside salesperson, feeling a duty to explain the client’s mistake, calls the person who sent the RFP to ask them for a conversation about what they might need to change and why.

In the conversation I mentioned earlier, what got my reader’s goat was my suggestion that order-takers tend to take credit for work that someone else has done, a point I could have made better. When someone reads something in the exact opposite way that you intended, as a writer you have to accept the fact that you didn’t communicate it well enough.

Imagine a Customer Success Manager who is taking perfect care of her client, continually helping them get the most value out of the solution. She makes a number of suggestions about how they can derive even greater value, recommending that the client purchase two relatively expensive add-ons. Not only is she retaining the client but she is growing the account. The deal was done without an Account Executive, because that person behaved as if there were no opportunity to grow the business, instead waiting for an SDR to serve up a new prospective client they could work on closing. This behavior suggests that the Account Executive is great in front of clients but won’t do anything to schedule meeting.

A Common Set of Bad Behaviors

The behaviors that make one an order-taker include the tendency to passively wait for deals to come to you, instead of proactively pursuing them. Selling is an action-oriented endeavor that doesn’t lend itself to passivity. While we are on the topic, it’s worth noting that conflict aversion is another factor that is often found in order-takers. Dodging the constructive friction that comes with professional sales is harmful to both the salesperson and their client, especially when the avoidance causes the client to produce results that aren’t what they might have been if they had been challenged to modify their assumptions.

The term order-taker is perfect for the person who relies, to their detriment, on Request for Proposals. The RFP is essentially a list of orders one must correctly follow to be considered as a potential supplier (something less than a strategic partner). Some businesses deal with large numbers of RFPs and have teams designed to respond to them. But even when this is true, they have salespeople who cherry-pick the more strategic requests and pursue the client outside of the RFPs.

Inside CRMs around the world, there are people with a sales title that have claimed a company and their contacts as their own as part of an order-taking, land grab strategy. Those who practice this approach don’t actually intend to pursue the contacts, create an opportunity, and win their business. Instead, they wait for the client to reach out to the company so they can claim a right to the potential deal, having done nothing to earn the right to pursue it.

While different titles may have different responsibilities, order-takers often exhibit a sense of entitlement and the belief that someone else should be initiating the sales conversation, whether it’s the client, marketing, or some other person in a sales role.

The “Silicon Valley ethos” has infected sales organizations with the idea that efficiency is the most important thing for producing sales results. But they define efficiency mainly by using technological solutions to dominate prospecting with things like fully automated sequences, as well as by slicing sales roles into more categories. There is a difference between creating opportunities and generating leads: the former values the work of earning potential deals, while the latter assumes that the deals that you need should find you.

Some time ago, I wrote about how these ideas have created a generation of people whose beliefs about sales harm their results and their development. These beliefs prevent them from gaining the experiences necessary to become what one person recently described as a “full-cycle salesperson,” one who has the skills and abilities to create, win, and grow their clients. We can take the idea of specialization too far, creating “specialists” with stunted professional growth who expect someone else to create opportunities for them. 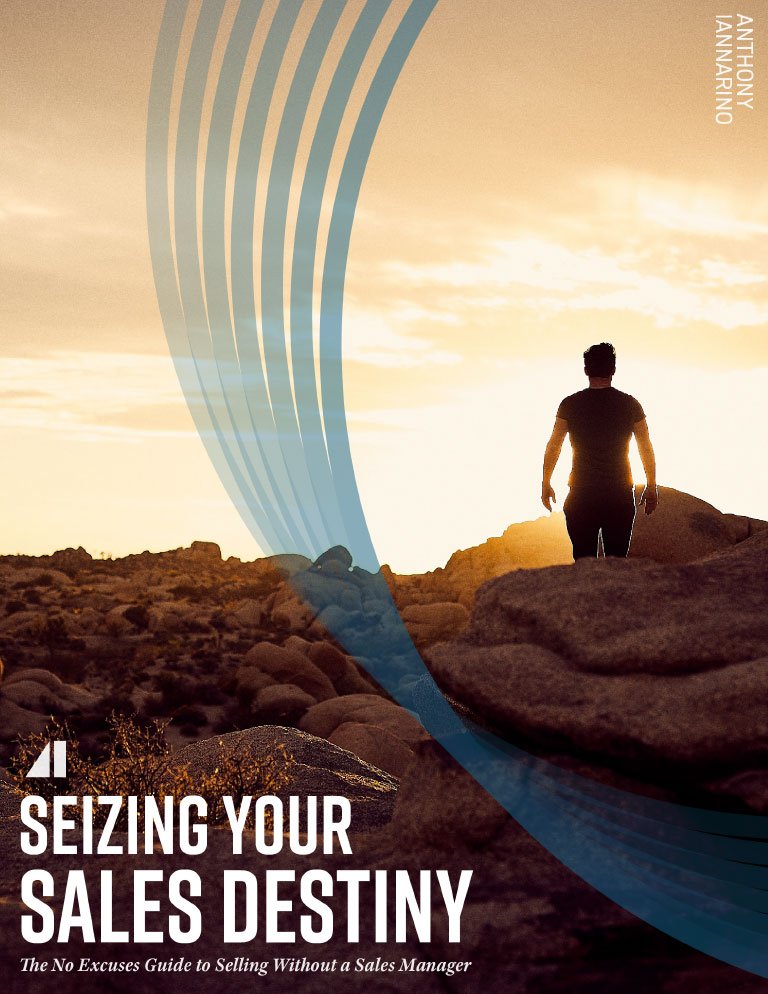