Tension Should Be Helpful, Not Divisive

I don’t write about politics, even though earning a Political Science major and a law degree exposed me to constant political arguments. My fundamental concern is not public policy but human effectiveness, particularly when it comes to leadership, management, sales, and personal leadership (a combination of mindset, beliefs, success, and productivity). Most of what I read comes from philosophy and psychology because they’re the most important levers when it comes to effectiveness. I support your right to your political beliefs, and to promote the candidates and political outcomes you believe are right.

With that said, President Trump is a symptom, not the cause, of the divisive nature of our politics. Putting someone as divisive as Trump in power was the natural result of years of politicians, the media, and host of other forces seeking to sever the ties that have bound us together—something accelerated by social media technologies that amplify the most divisive voices. Unless we recognize and do something about the forces that divide us, the future will look far worse.

The mainstream media chose a new business model in the 1990s after watching CNN succeed with a 24-hour news channel. Because there is not 24 hours’ worth of news every day, they decided to have commentators argue on shows like Crossfire. Instead of reporting the news, they created a political MMA match.

Television used to have programs, with teams of people in charge of programming. For over two decades, we have been programmed to believe that anyone with a different political belief is an aberration who needs to be destroyed. Instead of speaking to our better angels, the programming speaks directly to our lesser devils, directly to our fears. And so we remove friends and family from our social media circles because of their political opinions, because they supported a certain person or a certain cause.

The violence we have experienced in major cities in 2020 is the natural result of people being agitated to the point that they believe they have to take physical action to stop “their enemies.” Yesterday, and not for the first time, “civil war” trended on Twitter. This is a warning sign that must be taken seriously.

Last summer, I regularly walked four or five miles through my neighborhood. Some of my neighbors had Biden signs in their front yard. Others had Trump signs. All of them are my neighbors. We live in the same neighborhood, our children went to the same schools, and on Halloween, we set up tables so that all the children could go to one central place to grab their candy (after using hand sanitizer, of course) while their parents could grab donuts and coffee.

It very much matters how you respond to the forces bent on dividing us from each other, intentionally or unintentionally. You might hope that our political class would tone down their rhetoric and believe that people who have different political ideas are operating in good faith. The center of our political class in America held us together, tempering the extremes of both the right and left wings. That center no longer holds.

We don’t need a civil war. We need civility, something that I don’t believe our political class is capable of providing. The incentive to agitate the electorate is too great: it’s an easy way to get political attention, and sadly, votes. You and I are going to have to start rejecting the programming that would split us apart, and instead work towards repairing the bonds that we have broken, even unintentionally.

There is supposed to be a tension between the right and the left, with each side preventing the other from going to extremes. Our system of government is built on the idea that “factions” are dangerous. We are a Democratic Republic because the Founders believed that pure democracy is too dangerous to the rights of individuals. Because they wanted to avoid autocratic rulers they built in safeguards, notably the separation of powers, frequent elections, and a Bill of Rights.

The gridlock that people complain about is a feature, not a bug. It causes change to happen slowly, and only when voters and legislators can achieve some sort of consensus. No one can go too far or too fast. The Founders tried to avoid political parties, but it was inevitable that the two sides of the political spectrum would eventually organize themselves. This naturally occurring tension can be productive, but not if we pile on extra tension with our friends, family, and neighbors—the people with whom we share a country.

Many don’t know that originally, the person with the most Electoral College votes won the Presidency and the runner-up won the Vice Presidency, a consolation prize of sorts for those who opposed the winner. Last year, Bret Weinstein tried to create a Unity ticket, a similar idea built on running two people that are on opposite sides the political spectrum, but unsurprisingly it didn’t go anywhere.

No politician is going to heal what ails us, and precious few will even try: they’re rather like patient zero in the zombie apocalypse telling you they have the cure. We are going to have to lead by example. Each of us can decide that the people who have opinions opposite ours are still our “friends and countrymen.” We are going to have to learn to understand and acknowledge perspectives that are not our own, rejecting the programming to which we are subjected. We are also going to have to hold those who represent us to a higher standard—and stop elevating those on the fringes of the left and right as heroes of the cause. If we don’t, we will lose far more than any of us want to imagine. 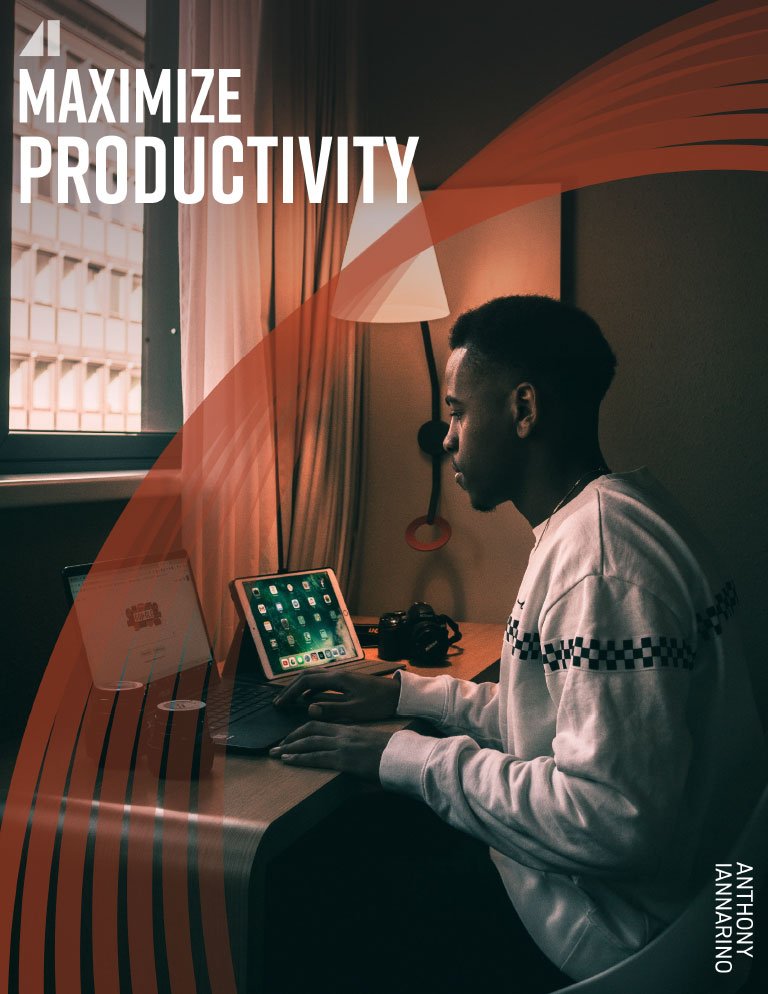 Being productive means getting important things done. The stuff that moves you toward accomplishing your most important goals. The strategies in this eBook will have you producing the results you want.