How to Close the Deal

There was a time when the most important training a salesperson would receive was concerned with closing. During that period, selling was much more transactional than it is now, and the language was quite different, in a bad way. This video will give you an idea of the language and techniques of the legacy approach:

You might be uncomfortable using that approach, and I can assure you that your client is going to be comfortable enough to dismiss you and buy from a salesperson that isn't a beggar or a brute. By the end of this article, you will have more confidence and talk tracks that don't make you feel awkward and weird.

I was 13 years old when I started delivering newspapers. I knocked on the doors of the two large apartment complexes that made up my territory, asking the people who were not receiving the paper to subscribe. I built a very large Sunday delivery base by asking people to take the Sunday paper, eventually delivering just over 200 papers. When I was 15 I worked for a nonprofit organization that set up bike-a-thons, and in one month, I closed two deals. No one else closed a single deal.

After selling in my family's business and being forced into outside sales for a giant company in Los Angeles, I became a professional salesperson, where I worked on closing, winning dozens of multimillion-dollar deals. I also wrote the only modern closing book, The Lost Art of Closing: Winning the 10 Commitments That Drive Sales.

Step One to Closing the Deal: Create Value in the Sales Conversation

It is important to recognize the client is looking for someone to help them with the advice and recommendations that will ensure they succeed. The more you can educate your client on what they need to do to create the better outcomes they need, the easier it is to close the deal.

Step Two to Closing the Deal: Make Certain You Know Who Is Buying

Many companies, if not most, have a process of trying to build consensus inside their company. They want to be certain everyone is comfortable with a decision to change and who they will choose to help them. Because there are more people involved with the decision, it can be difficult to know who is going to make the decision, or what is more likely, what group of people will make the decision.

You can make closing more difficult if you don't ask who needs to be part of the conversations you are having with your client and who is going to make the final decision. Any lack of access to the people who are going to determine who to buy from will make it much more difficult (maybe impossible) for you to close.

Step Three to Closing the Deal: Elicit the Client's Process

It's difficult to know who the authority is in large deals with a lot of people participating in different conversations. But there is going to be some process, whether formal or informal, and someone is going to sign a contract. It's best to ask about how the company makes decisions and approaches their buying process, providing you with an understanding of what you and your contacts are going to need, should they choose to buy from you.

Step Four to Closing the Deal: Provide a Proposal the Client Can Say Yes To

The entire sales conversation is about helping the client determine what to do to get the better results they need. It's easy to close deals when the client believes you have created value for them and have the right product, service, or solution. If your proposal isn't right for the client, they are forced to look elsewhere.

In The Lost Art of Closing, I recommend that you review your proposal to ensure it is exactly right for the client. It's better to find out that something is missing while you still have time to make changes or modifications.

Step Five to Closing the Deal: Ask for the Client's Business

You never have to use awkward language to ask for the client's business. You never have to say something like, "If I could give you a 15% discount, would you sign the contract today?” or something that will cause the client to believe that what you sell is worth less than you made it out to be.

Instead, all you have to say is: "Unless you need something else from me, can I have you sign a contract so we can get started?" One of two outcomes are possible here. First, if the client has some unresolved concerns, you'll have to resolve them to move forward. But if you've done good work, you are likely to have a signed contract.

If you are interested in closing and controlling the process, The Lost Art of Closing: Winning the 10 Commitments That Drive Sales is a guide to 10 conversations that show up in the sales conversation, especially in big deals. Knowing how to create value for the client through each of the 10 commitments will provide you with confidence and talk tracks that won't make you feel smarmy. 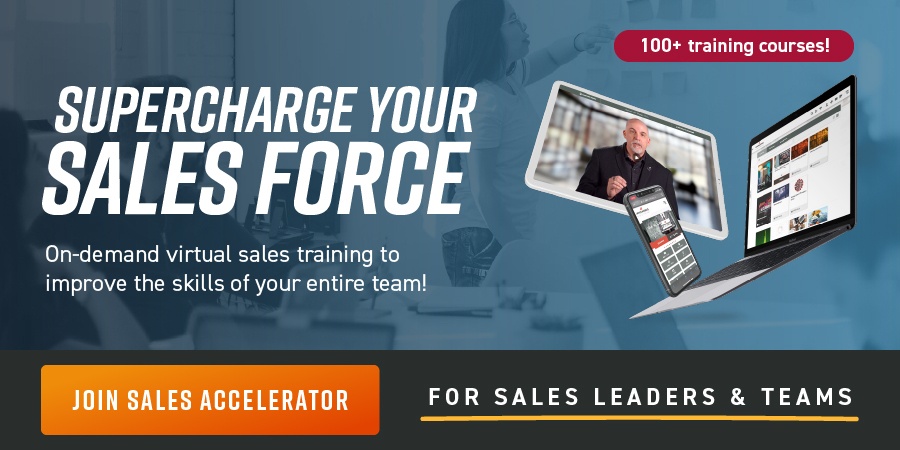